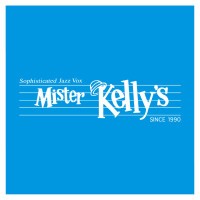 A new quintet formed by singer-songwriter SOA, who expresses original music with outstanding composition and arrangement, will appear on Kelly's on the release tour of the new album "San".

A quintet formed by young players who are active in a wide range of scenes in Kansai such as jazz and hop hop, led by singer-songwriter SOA who expresses original music with outstanding composition and arrangement ability and singing voice full of jazz feel.
Its musicality attracts attention in the scene and gives off a presence.
I would like to expect the sound of a young musician who represents Kansai, which is full of hope.

* The video is only viewable from inside the Zaiko account which purchased the ticket and unable to view from a direct URL.

* The video will start from whichever point you join the stream and you are unable to return to earlier content during the stream.

* All live streaming purchases are final, there will be no refunds for any reason

* Streaming tickets can not be transferred in any way.

* A separate fee will be required.

* The money thrown during distribution will lead to full support for the artist.

SORRY, this system is not compatible with your browser. We suggest you use one of the following browsers (in order of recommendation)